We are proud to be once again displaying at the War and Peace Show.The two aircraft displaying in the skies above today are Spitfire Mk 9 TA805 known as ‘The Kent Spitfire’ and in a tribute to the county is named ‘Spirit of Kent’. Currently in No. 234 Squadron colours, this aircraft was rolled out of Castle Bromwich in April 1944 and served with the fore-mentioned squadron at Bentwaters and also with No. 183 Squadron based at Chilbolton. Sold to the South African Air Force, it served for many years before being made redundant and placed for scrap value. The remains were bought back to the UK and restored to the splendid Spitfire you see today. 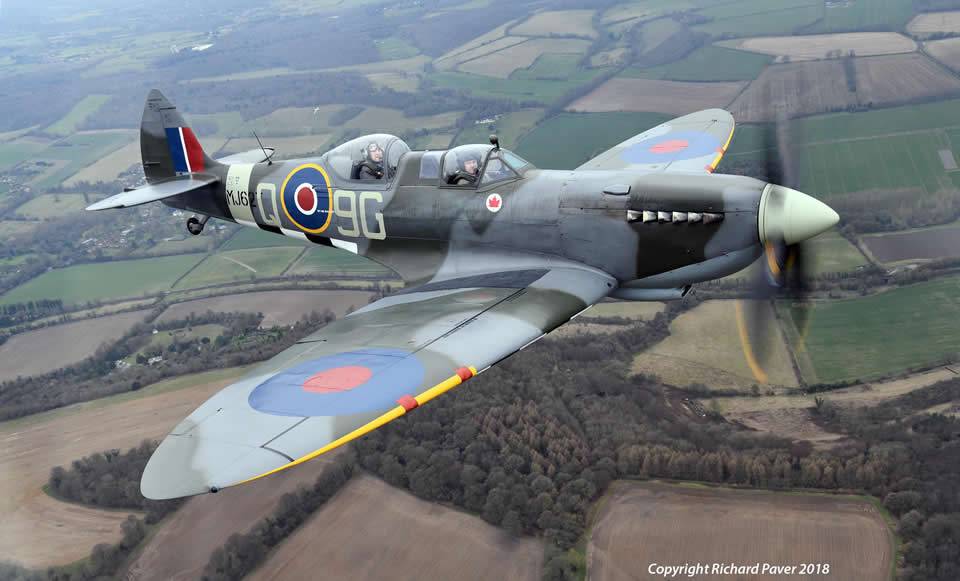 One of only seven Hurricanes flying in the UK, the heritage hangar Mk 1 P2921 was built in Canada in the spring of 1941 classified as a Sea Hurricane. After brief service with Nos.750 and 760 Squadrons of the Fleet Air Arm at RNAS Yeovilton (HMS Heron) it was involved in a mid-air collision and crashed in 1942. The remains were recovered during the 1960s and restored to the aircraft you see flying once again today. 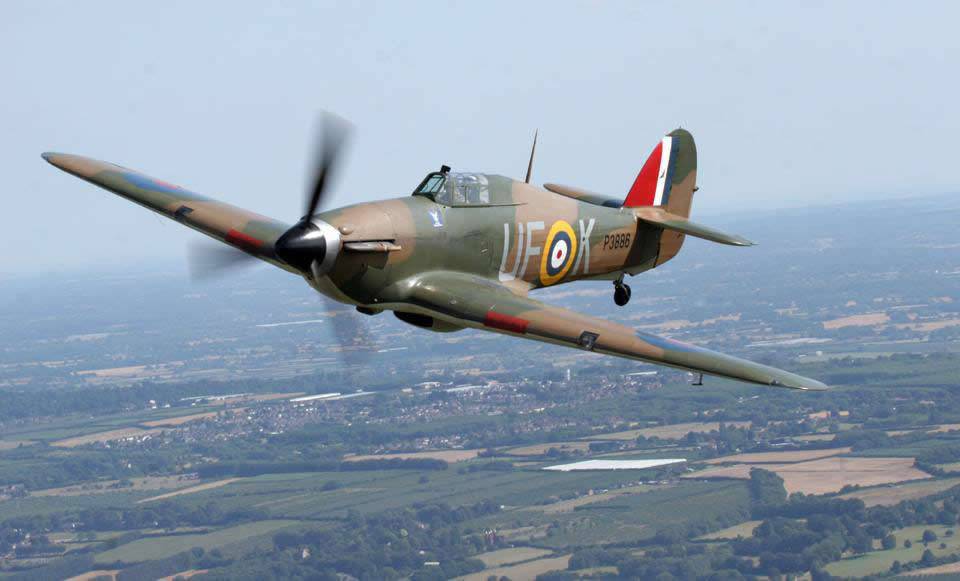 Currently there are two further companies operating under the umbrella of the heritage hangar. One is The Spitfire Company Ltd which is responsible for the restoration of the Spitfires (www.thespitfirecompany.co.uk) whilst the second is the operation of flying passengers in one of our two seat Spitfires (www.flyaspitfire.co.uk ). You will find our stand at the show so do come and talk to us about the Spitfire experience and just how you can join the many thousands of people who have flown in this iconic aircraft. We also conduct hangar tours where you can view work in progress and as a bonus, we actually sit you in one of our Spitfires whilst our expert explains all the controls. We are all about heritage and keeping these wonderful aircraft flying as a tribute to all those who fought and died in order that we may live in a free world today.